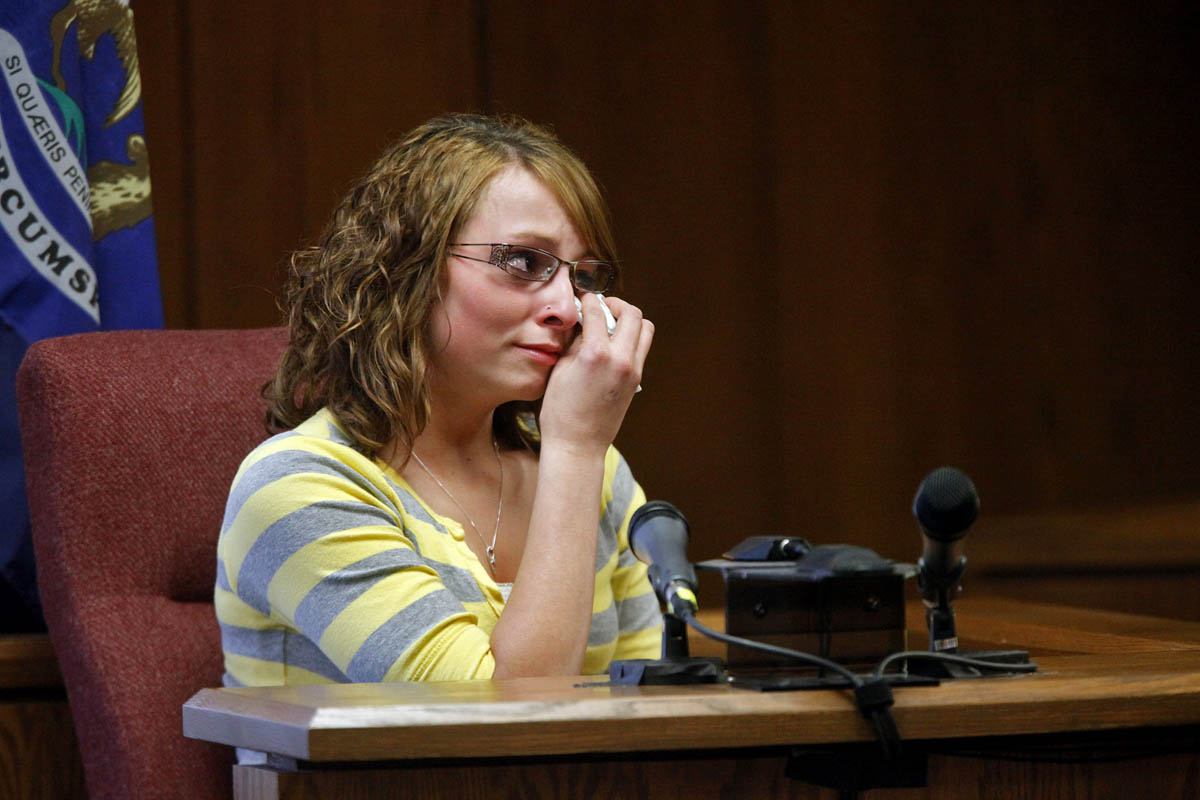 Tarra Noble, 16, wipes tears from her eye as she testifies about knowing Calista Springer was chained to a bed. Noble attended sixth grade with Calista in Centreville. Noble, other friends of Calista and school officials testified they were told by Calista during the 2004-2005 school year that she was being chained to her bed at night.

Anthony Springer claims the chain was used only two to three days before the Feb. 27, 2008, fire that killed Calista and destroyed the family’s Centreville home.