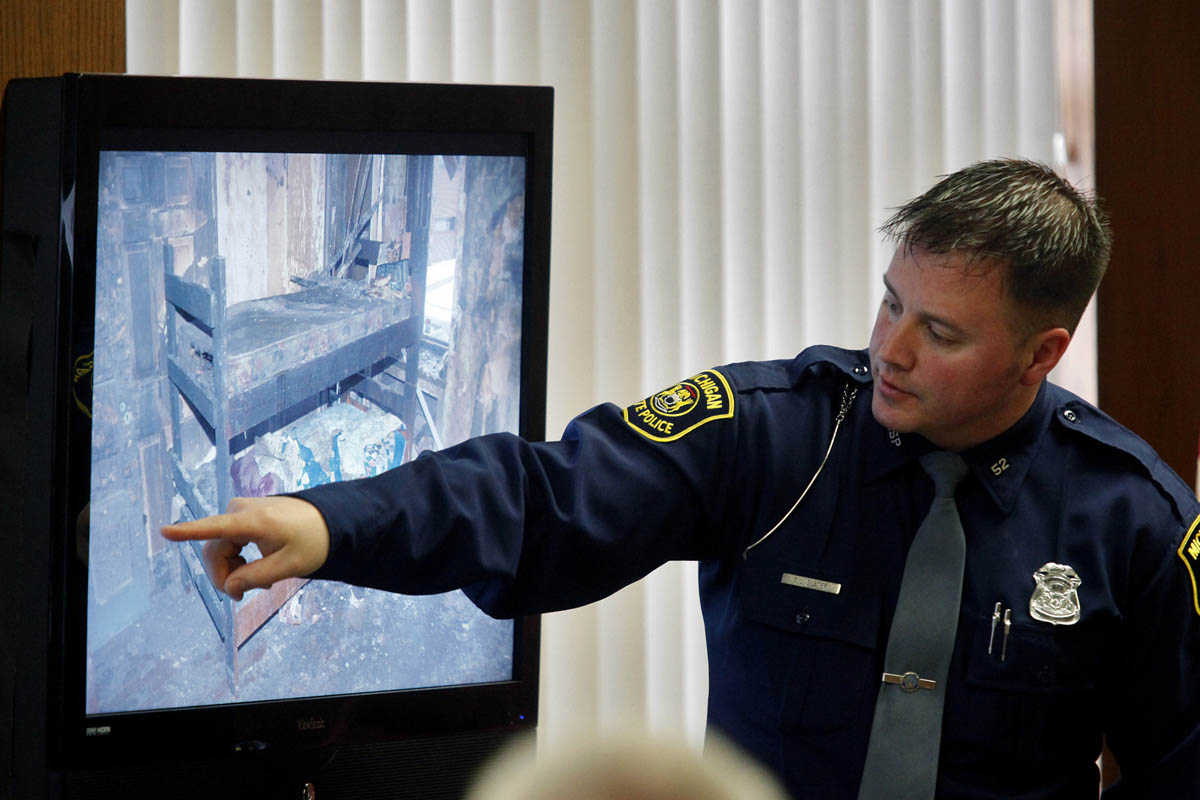 Michigan State trooper Trever Slater, points in the area of where a dog choke chain and plastic zip ties were used to restrain Calista Springer to her top bunk bed during Anthony and Marsha Springer's trial. Slater was the first officer to report to the fire that engulfed the Springer's home in Centreville. “She had just enough to wiggle, but not much more than that,” Slater said. “(The chain) was tight enough to where it had no play, it couldn’t be moved.”