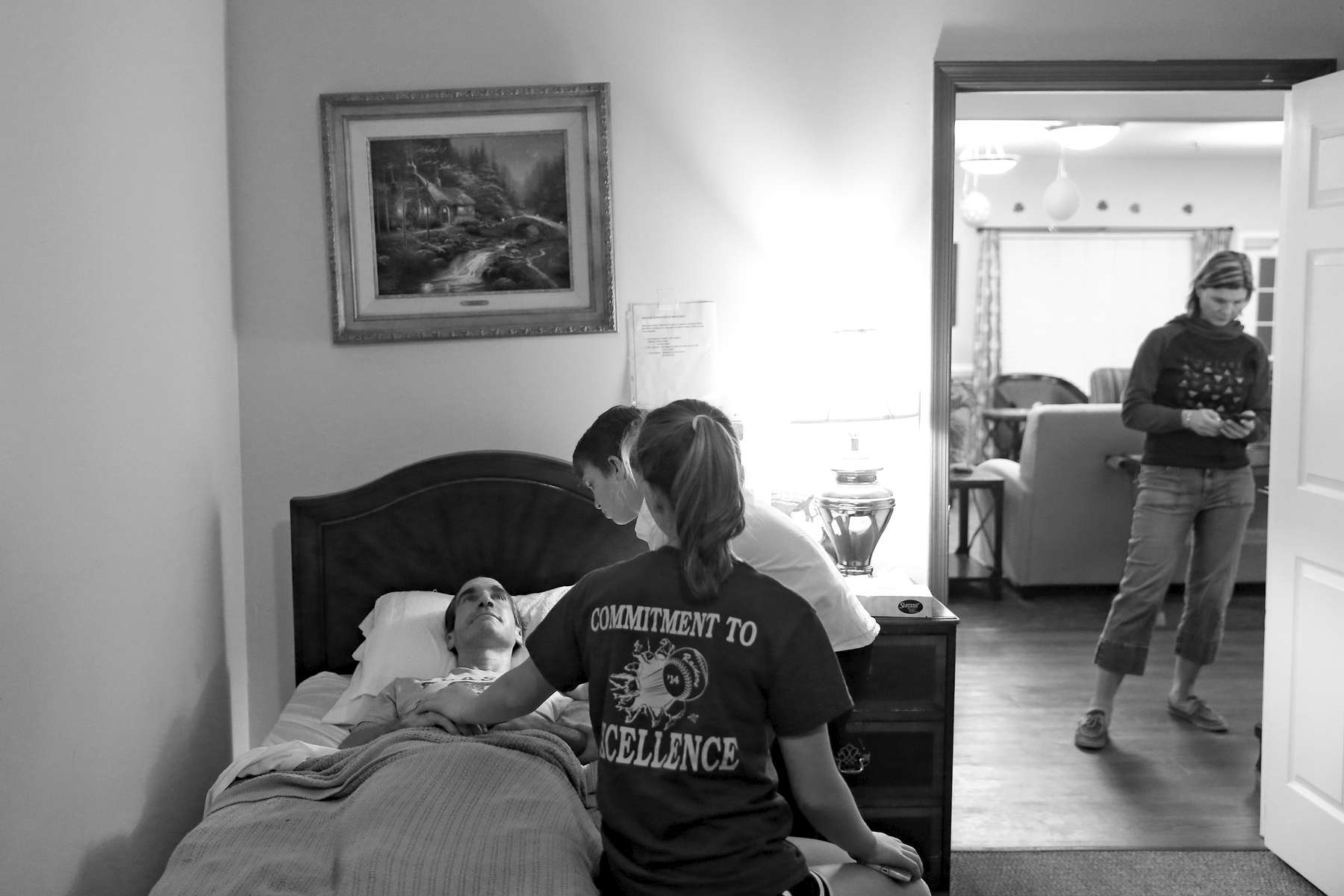 Bradley Garner, center, and Frankie Garner stand beside their father, Jim Garner, while he lays in bed at Commonwealth Assisted Living in Hampton as Karen Garner responds to messages on her phone Thursday evening March 24, 2016. Jim died from Alzheimer's April 2, 2016. Jim was diagnosed by the National Institute of Health in 2011 with "mild cognitive impairment," the precursor to early-onset Alzheimer's disease. The genetically pre-determined disease has devastated his family--his mother died of the disease at age 61, his older brother at 52.