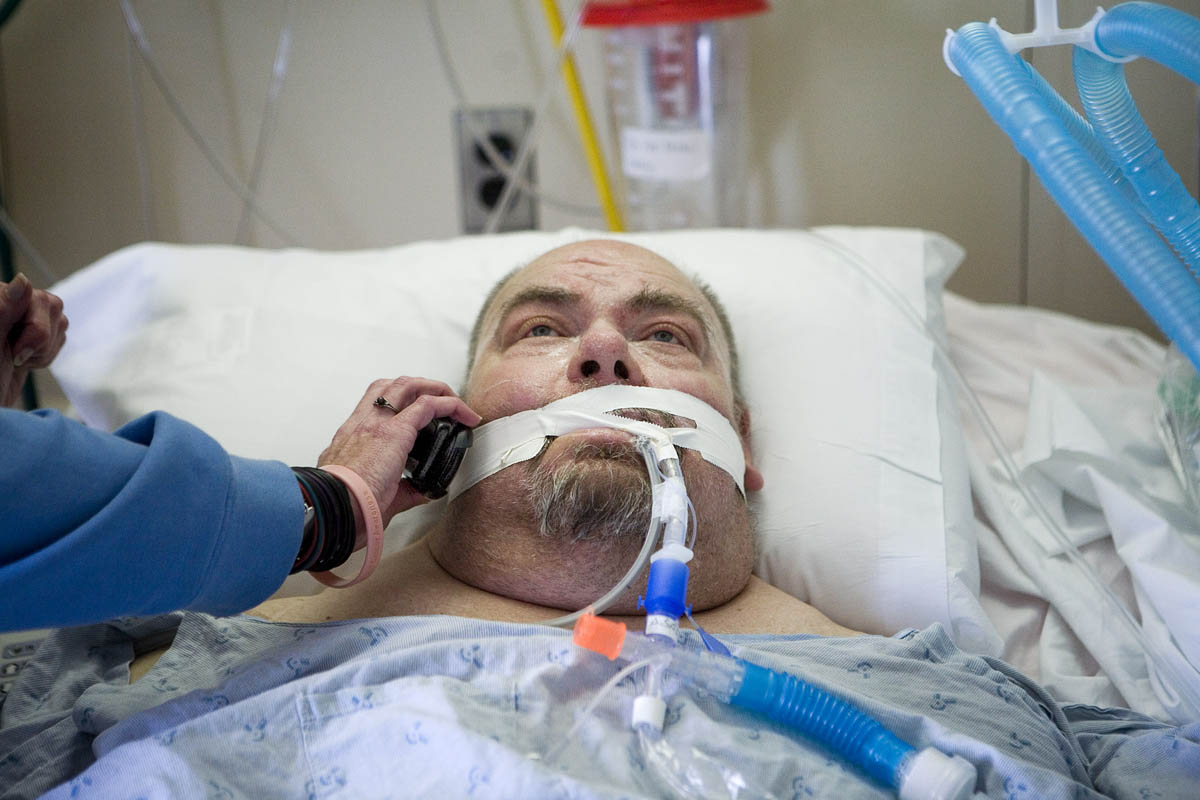 Retired Kalamazoo Department of Public Safety officer John Minehart begins to tear up as his wife, Patty Minehart, holds a phone to his ear as his 16-year-old daughter tells him, "I love you," Thursday evening at Providence Hospital in Southfield. Forcing words past his life support tubes, Minehart replied, "I love you too".

While investigating a traffic accident 17 years ago, Minehart and two other officers were hit by a drunken driver. Pinned between a car and a fire truck, Minehart's leg was practically hanging on by the skin.

Now he suffers from bedsores, also known as pressure sores or pressure ulcers, which can go into the bone. For two months, John Minehart was being treated by spending time in a hyperbaric chamber. The pure oxygen was helping his pressure wounds heal, but only a few months after this photo was taken John Minehart finally lost his battle to stay alive.