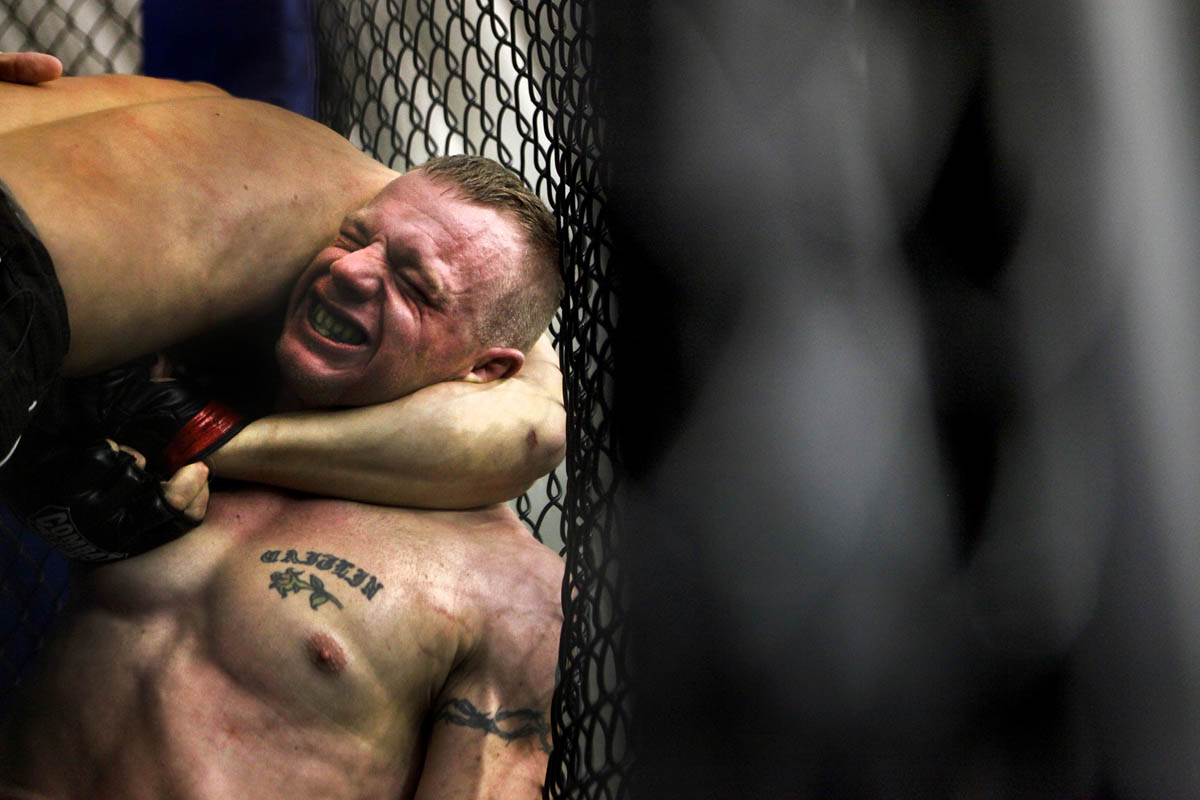 Jim Clayburn, right, grimaces in pain as he maneuvers against the cage in attempt to escape the choke hold of Jon Leonard during their mixed martial arts match. Unless a fighter taps out, a competitor can choke until a referee steps in to call the fight. In some instances a fighter can be rendered unconscious.